The birthstone for the month of January is the garnet, which means that red is the commonly accepted January birthstone color. It signifies trust and friendship, which makes it a good gift for a friend. The word garnet comes from the Latin word granatum, which means pomegranate. The crystals of the stone resemble the reddish color and the seed like form of the pomegranate fruit. When most people think about garnets they think of a stone that is red. However, garnets come in several red shades, greens, black, and some are even colorless. The variety of colors comes from metals including iron, calcium, aluminum, and manganese. There are some varieties that have mineral fibers that will produce an illusion of a star inside the stone. The most highly prized garnets are green and these are extremely rare. Colorless and emerald green garnets are highly valued, and next are pure red garnets.

Ancient warriors thought that garnets would bring victory and Crusaders would use them as protection against accidents and wounds during their travels. In contrast, Asian warriors believed that garnets were glowing when used as a bullet would inflict a wound that was more severe. In the year 1892, Hanza tribesmen used garnet bullets against British soldiers during hostilities with the Kashmir. The tribesmen thought that the bullets made from garnet were more effective than those made out of lead.

In what was once Czechoslovakia there is evidence that shows that jewelry was made out of garnets that dates back to the Bronze Age and was found in the ancient graves in the area. There has also been garnet jewelry discovered that dates back to 3100 BC in Egypt, to 2300 BC in Samaria and from 2000 to 1000 BC in Sweden. During the 3rd and 4th centuries garnets were treasured in Greece and continued to be popular during the times of the Romans. Native Americans and pre-Columbian Aztecs also used ornamental garnets.

Garnets, like many other precious stones, were once thought to have medicinal powers. During medieval times it was thought that garnets would protect you from bad dreams, wounds, and from poisons. It was also believed to help cure depression. Red garnets were thought to relieve inflammatory diseases, hemorrhages, and fevers. 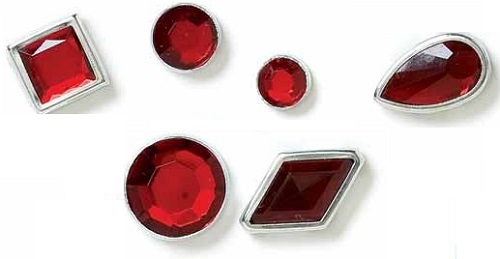 While most people know about birth stones for each month, many do not realize that each month also has a birth flower. The birth flower for January is the carnation. Carnations come in many colors that all convey different meanings, similar to roses. Pink carnations mean affection and a red carnation means “I love you.” A white carnation stands for pure love and striped carnations mean that there is regret that love isn’t shared. Yellow carnations stand for disappointment or rejection. Carnations are one of the most delicate and beautiful blooming flowers. They are also very long lasting. The snowdrop is also considered to be the flower for January. Snowdrops used to be considered as bad luck because they typically would grow in graveyards. Today, snowdrops stand for both beauty and hope.